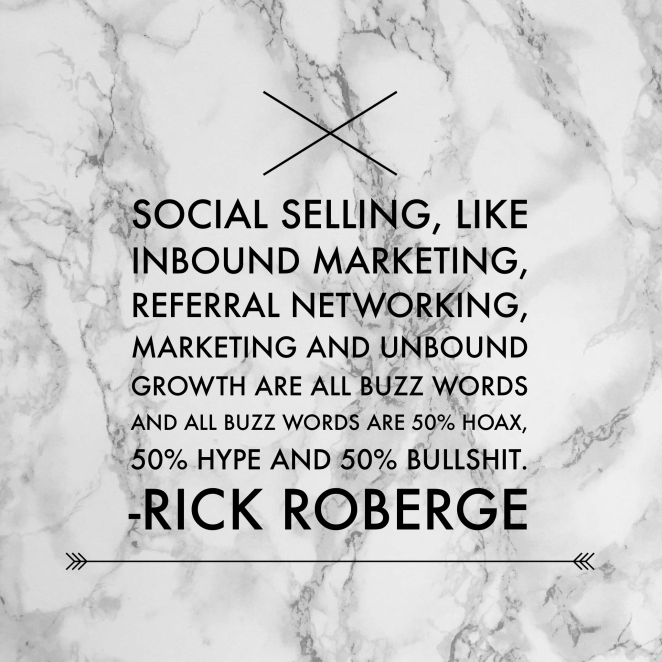 The above quote was from an email that Rick Roberge sent me.

150%?  I know, I know, but Rick’s been grumpy lately so I didn’t feel like arguing.  But he’s right.  Social Selling in particular seems to be a particularly divisive topic these days.  I’ve been in some sort of sales capacity my entire career, which admittedly isn’t that long, so I know I still have a lot left to master.  If you read this post, you know that I’ve knocked on doors.  I’ve cold called, cold emailed, networked; but the idea of using social media to generate leads has been new to me.  I’ve made all the excuses: 1) I don’t have time. 2) Mine is a complex B2B sale, I’m different. 3) My prospects aren’t on social media….

The idea of using another channel to start conversations is appealing to me, but I don’t want to do it the way it’s been done to me.  You accept a LinkedIn request, only to get “the pitch” moments later.  Or you get an Inmail from someone you have never talked to before and it’s about 6 paragraphs long and all about them and their product.

Has this ever happened to you?

I decided this week I was ready to start using LinkedIn for prospecting, and I’d like to share one of my success stories with you.

Came across Jon, Director of Remediation at Possible Dream Client and sent him this message:
Jon, I was surfing LinkedIn and noticed that we are connected to a lot of the same people, including _______. When I looked at your profile, I was going to ask him to introduce me, but then figured I would just reach out directly. I wonder if you have ever seen this article:https://www.linkedin.com/pulse/could-answers-questions-costing-you-3m-michael-douglas Mike

I typically will accept invitations if the person asking works in the environmental industry, does not necessarily mean I have worked with that person on a project in the past. Jon

To which I said:
Jon, understood. I am protective of my network as well which is why I wouldn’t ask you to connect unless we found some common ground first. Did the article not resonate with you?
His response:
In some ways yes in other ways no. Tracking remediation projects in the same manner as capital project is a bigger issue that timing and turn around on invoices. Jon 555-555-5555
So I said:
Great point Jon on the difference between remediation projects and capital projects. I noticed you included your number in the last reply. Does that mean you would be okay with starting a conversation offline?
And he said:
You can call me on Friday if you want I am pretty open then. Jon

I talked to Jon on Friday as he suggested.  We had  a short 15 minute call that resulted in a lunch meeting on the calendar in a couple weeks.

So why did this work?  I think a few reasons.  1) I didn’t talk about me or my company, not once.  2) I gave first.  I had an article that I had written, that I thought, based on his role, he might find value in.  3) I tried to start a conversation before starting a sales conversation.

This last point has been a challenge for me I admit, but one that I have started to overcome over the last year.  I used to think that my product, was the way to start a conversation, it was the value that my customers paid me for.  I realize now the importance and the value of perspective.  That’s what our customers pay us for, how we think about problems in their world and help them solve them.

Do you think my outreach to Jon would have worked if I didn’t provide him a piece of content to show him how I think?  I doubt it.

Are there problems that you have solved for your customers that you could write about?  What would happened if you shared those with potential customers?  Are you providing value through social media or is it just another avenue to spam?  Are your dream clients out there waiting to hear from you in a way other than a voicemail or an email? 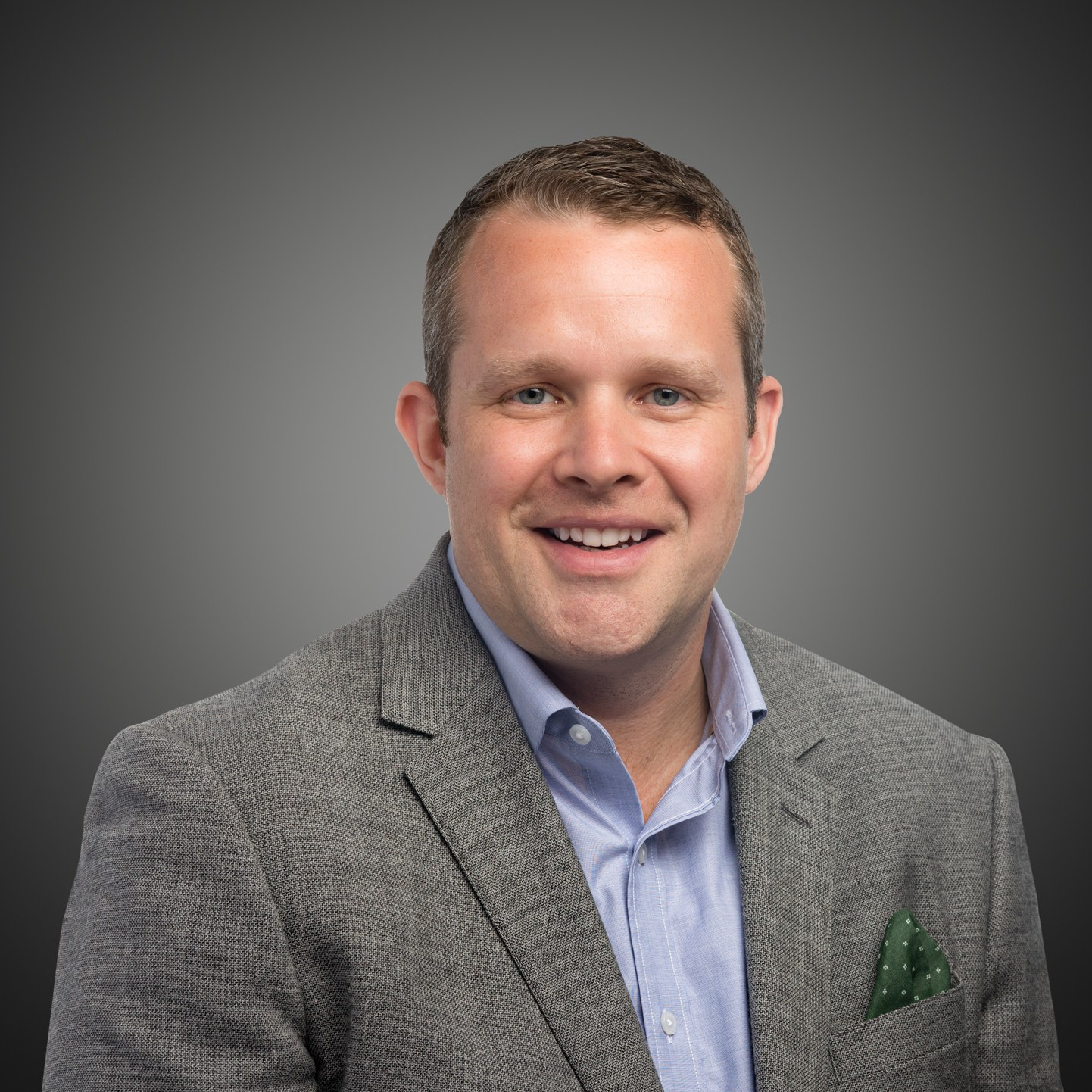